Stickers for placement on your front door are now available at Village Hall. Stop by or call to obtain a sticker.

Garden City – Retained by the Village of Flower Hill as special litigation counsel to review an application by ExteNet Systems Inc. to build 18 small-cell wireless facilities throughout the Village, Edward M. Ross of the Garden City law firm Rosenberg Calica & Birney LLP, today stated that the Village Board has denied the company’s application following the Board’s determination that ExteNet failed to address numerous and serious inadequacies.
Ross noted, “ExteNet’s application suffered from numerous inadequacies and was incompatible with the Village Code. The Board’s determination and findings should signal an alarm for every other Long Island municipality facing similar applications because Long Island communities deserve better.”

Ross stressed that although Congress and the FCC have imposed certain limitations on the authority of state and local governments, local municipalities like Flower Hill continue to retain local control over wireless facility siting decisions with respect to aesthetic considerations, mitigation efforts and reasonable alternatives.

Ross further noted that the Village adopted comprehensive written findings and reasons in support of its denial which he believes ExteNet will be unable to successfully challenge or dispute in court. They include ExteNet’s failure to choose among less aesthetically intrusive alternatives which were identified during the review process, a projected decline in affected property values, as well as ExteNet’s failure to adequately establish its coverage needs or objectives.

Revealing that ExteNet has been hired by Verizon to build fixed number of L.I. nodes
A significant development revealed during the review process transpired when Trustee and long-standing Village resident Kate Hirsch attended an ExteNet meeting involving the neighboring Village of Plandome. ExteNet’s representatives acknowledged the company was hired by Verizon to build a specific or fixed number of nodes in the surrounding areas and that if any node was eliminated somewhere then a new node would simply be required to be installed elsewhere under ExteNet’s contractual obligations to Verizon.

At the most recent hearing in Flower Hill, Ross confronted ExteNet and its attorneys with the company’s contractual obligations to Verizon, and noted that this was highly significant because the sheer number of nodes is not necessarily determinative of final coverage, which is dependent on other things like specific site locations, variable heights of the small-cell transmitters, and specific lines of sight.

Although ExteNet’s attorney declined the opportunity to re-open the record to address its contractual obligations to Verizon, he acknowledged on the record that this was correct.
Ross added “It’s shocking that ExteNet is attempting to fulfill its contractual obligations to Verizon to build a fixed number of wireless nodes throughout Long Island without due regard for specific coverage needs or aesthetic considerations. It is well known throughout the industry that numerous mitigation alternatives are available to reduce the actual number of nodes with such devices as minor height increases by as little as 5 feet. In other cases, the use of macro sites or cell towers, or improvements to existing towers, can also reduce the number of small-cell sites required to meet purported coverage needs or objectives.”

Ross reminded that, “The entire Long Island community deserves better and every municipality facing an ExteNet application needs to appreciate the company’s tactics.”

ExteNet seeks an end run
Although Ross stated it is unclear whether ExteNet intends to challenge Flower Hill’s decision in court, he noted that ExteNet has already filed a federal lawsuit against the Village of Lake Success after that Village partially granted and partially denied ExteNet’s wireless siting application to the Lake Success Village Board earlier this year.

Mr. Ross is currently representing Lake Success and the Village Board in that lawsuit, in which the court recently directed the parties to proceed to mediation later this month.

Ross’s message to ExteNet is clear: “ExteNet needs to come clean with the fact that its commercial objectives and contractual obligations are in conflict with the communities which ExteNet is purporting to serve, and needs to do a much better job to design networks which minimize the adverse impacts to those communities as required by law.” 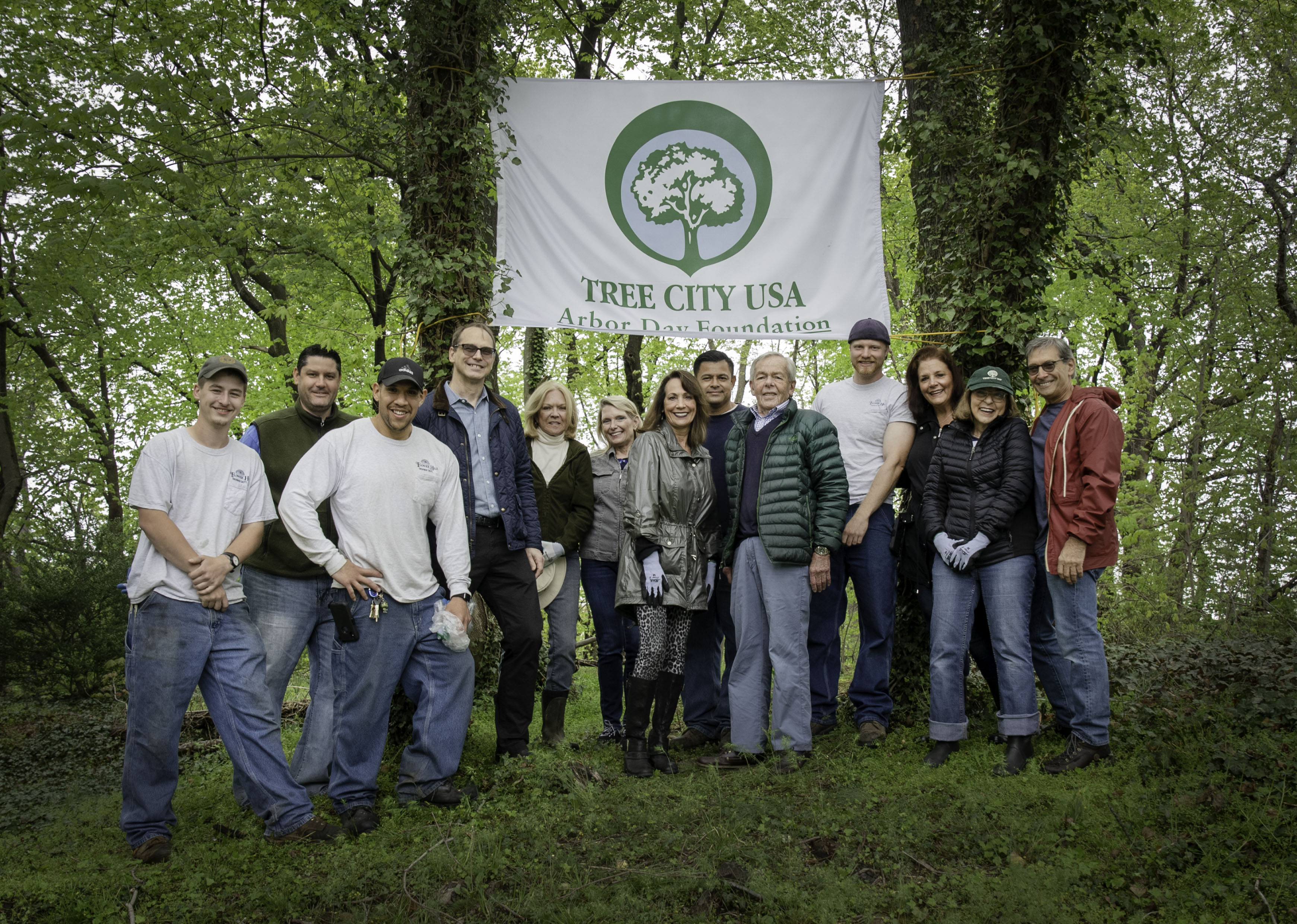 The Village of Flower Hill owns a Revolutionary War era cemetery on Country Club Drive just west of Port Washington Blvd.  The cemetery is a mess with broken tree limbs, leaves and ivy covering the trees. To promote tree health the Village staff  trimmed dead branches, pulling ivy off of the trees and doing a general clean-up of the area. We are honoring Arbor Day by continuing our Tree City USA tradition of holding an event to honor our trees. 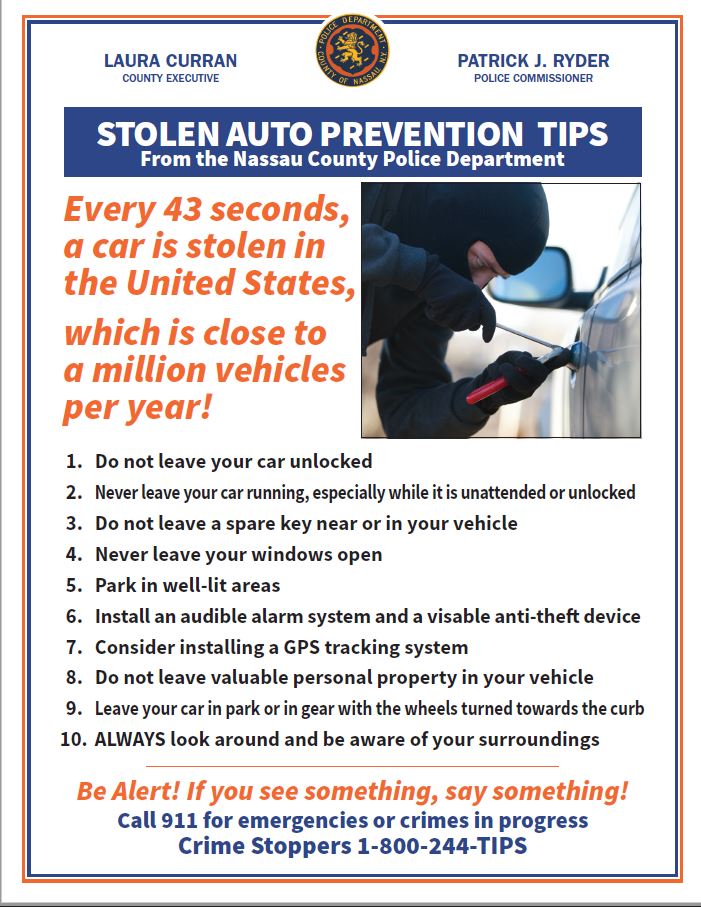 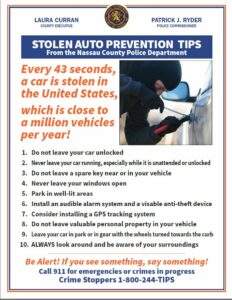 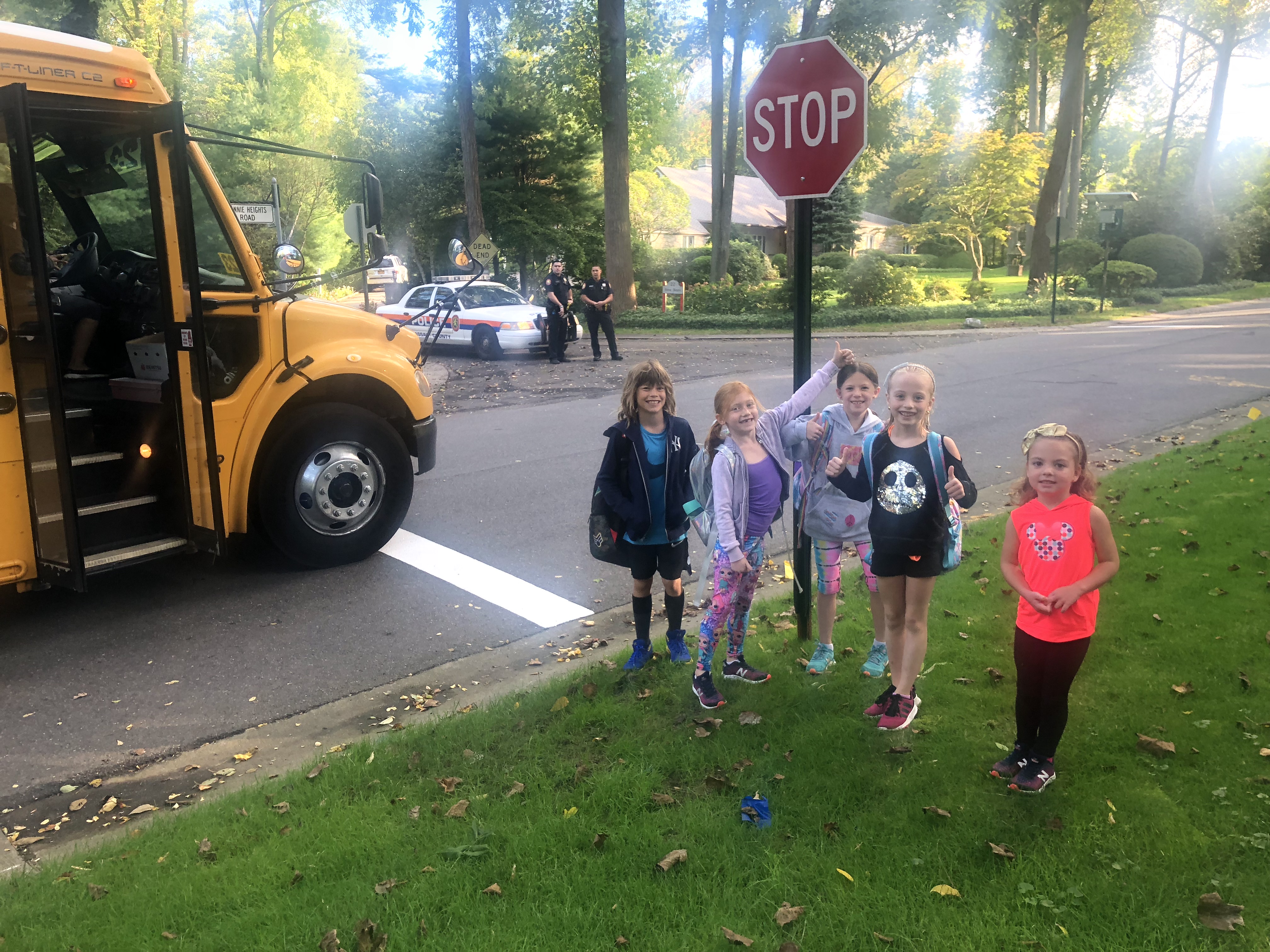 The Village has installed new traffic devices throughout the Village to ensure the safety of everyone. Please do not drive distracted, at excessive speed and do not pass stopped school buses. Drive like your kids live here! 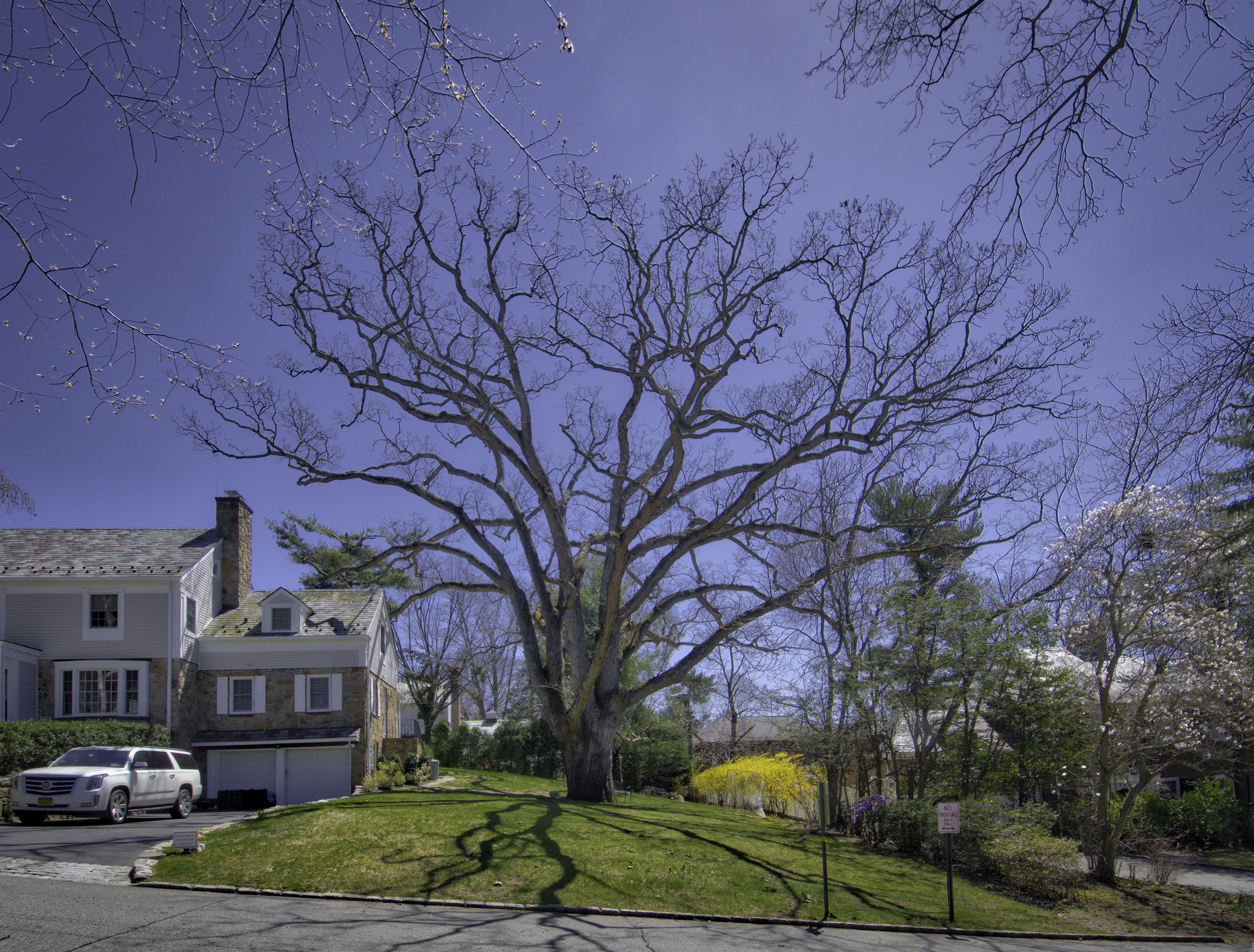 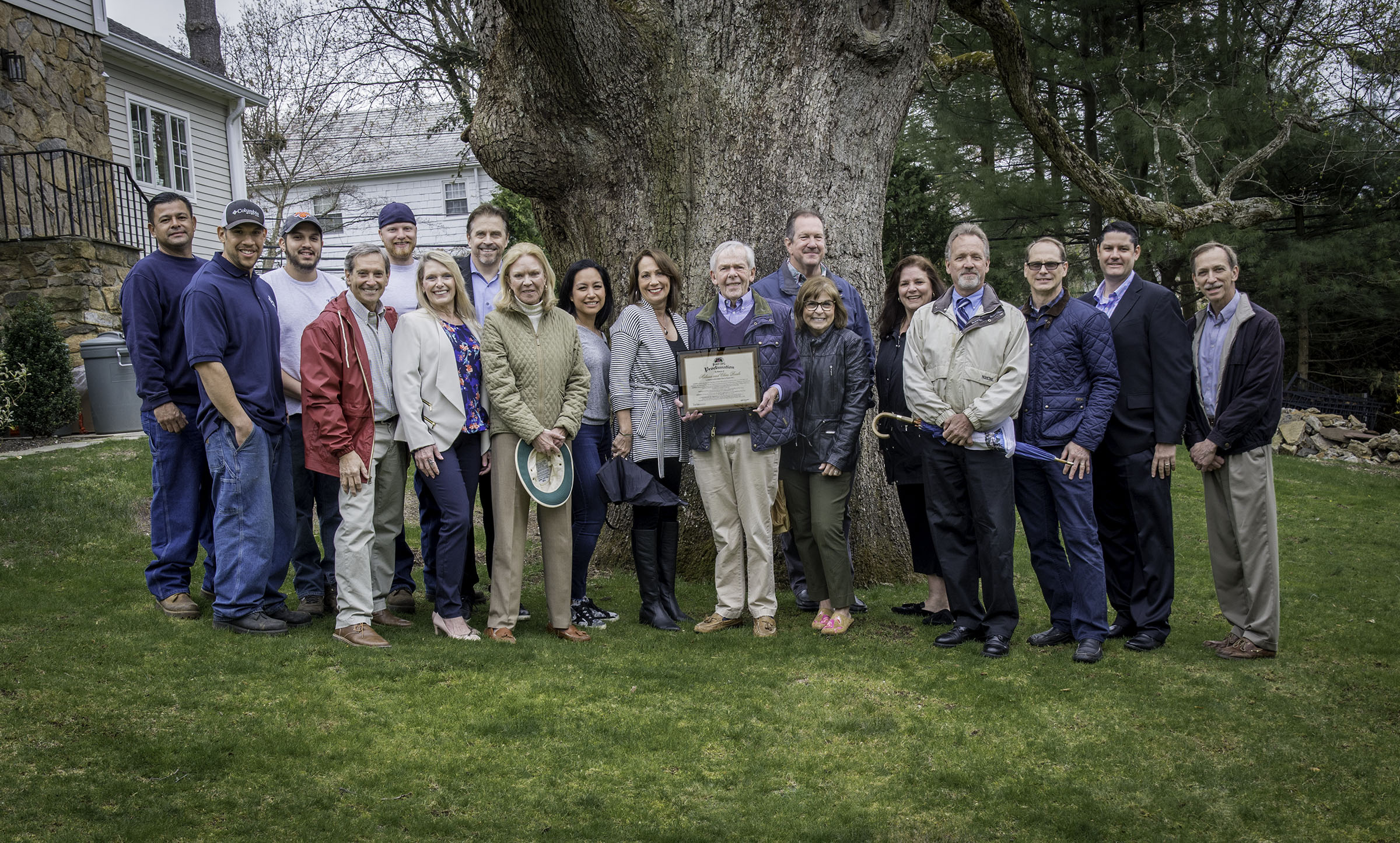 The Village of Flower Hill will observe Arbor Day 2018 by honoring the oldest tree in the Village at 9 am April 27, 2018.

On Friday, April 27 at 9 am, the Village of Flower Hill will celebrate its 4th Year as an official Tree City USA on Arbor Day by honoring what is believed to be the oldest tree in the village, an enormous White Oak estimated to be over 300 years old.

This historic tree is located on Mason Drive at the intersection of Dartmouth Road in the Manhasset portion of the village. The Village is nominating this tree to be included in the New York State Big Tree Registry maintained by the Department of Environmental Protection, as we believe it is larger than the existing white oak in the registry, thus making it the largest in the state.

We will be presenting a proclamation to Melissa and Chris Reale, on whose property the tree is located.  They have been incredible stewards of this tree, investing thousands of dollars over the years for feeding, pruning and the like to maintain the good health of the tree. The Village of Flower Hill is proud to have them as residents!

We will also have a free tree giveaway at Village Hall. Please go to the garage area adjacent to the parking lot to collect your tree. 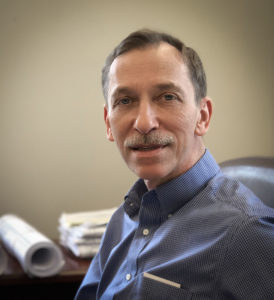 The Village Welcomes architect Peter Albinski to its staff.


Sadly, John Walters died on January 5, 2018 at home with family present.  Visitation is next Friday, January 12, 6-8 pm in the Congregational Church, North Lounge.  The celebration of John’s life will be on Saturday, Jan 13 at 11am in the Church Sanctuary. Memorials to:  “Church Memorial Fund” or to “Adventures in Learning”, mailed to Congregational Church, 1845 Northern Blvd., Manhasset, NY 11030.

John’s many community service roles include being a former Mayor of Flower Hill (1988 – 1996) and has for many years been the “Flower Hill Association”, also serving on Council of Greater Manhasset Civic Associations, Inc.as Secretary for several years.