Village Receives an “A” Rating for Transparency 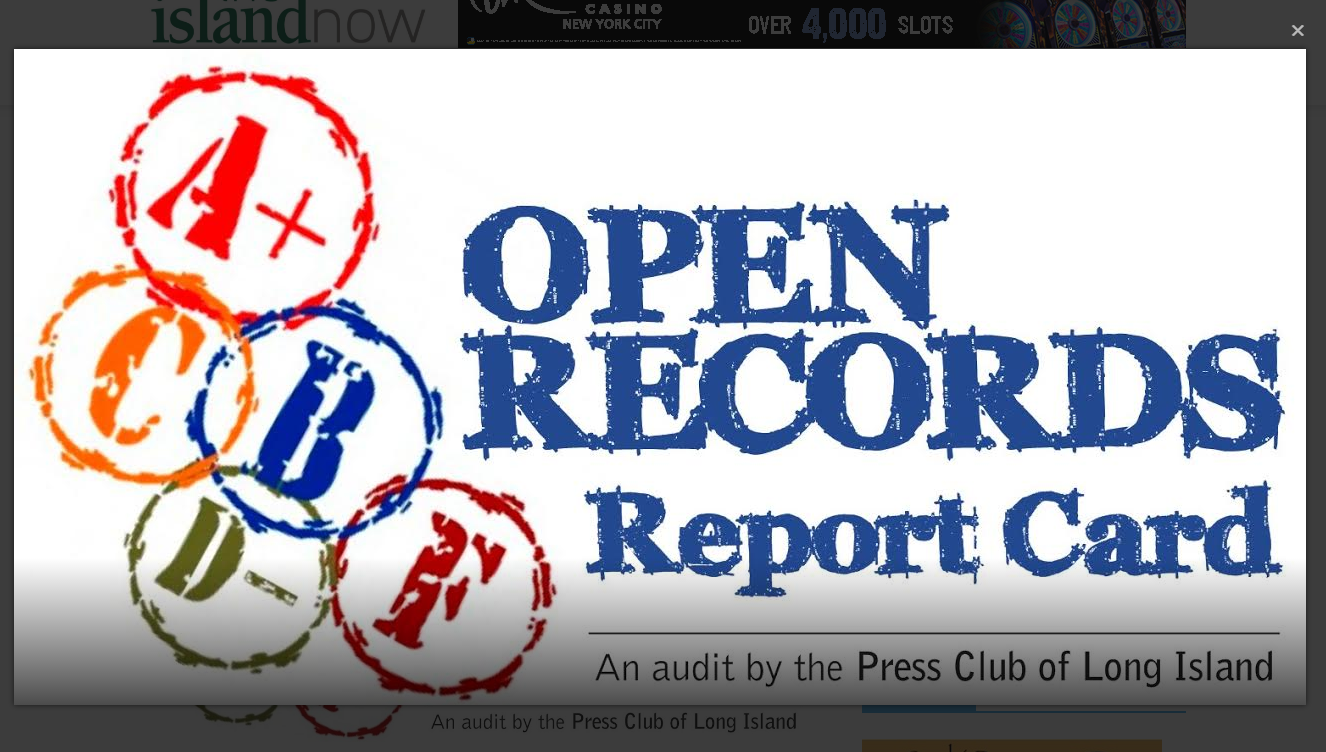 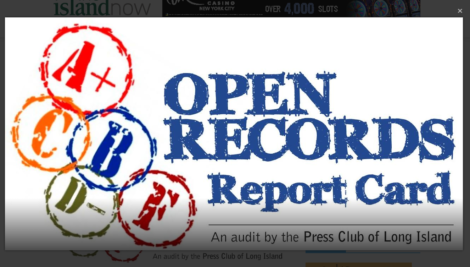 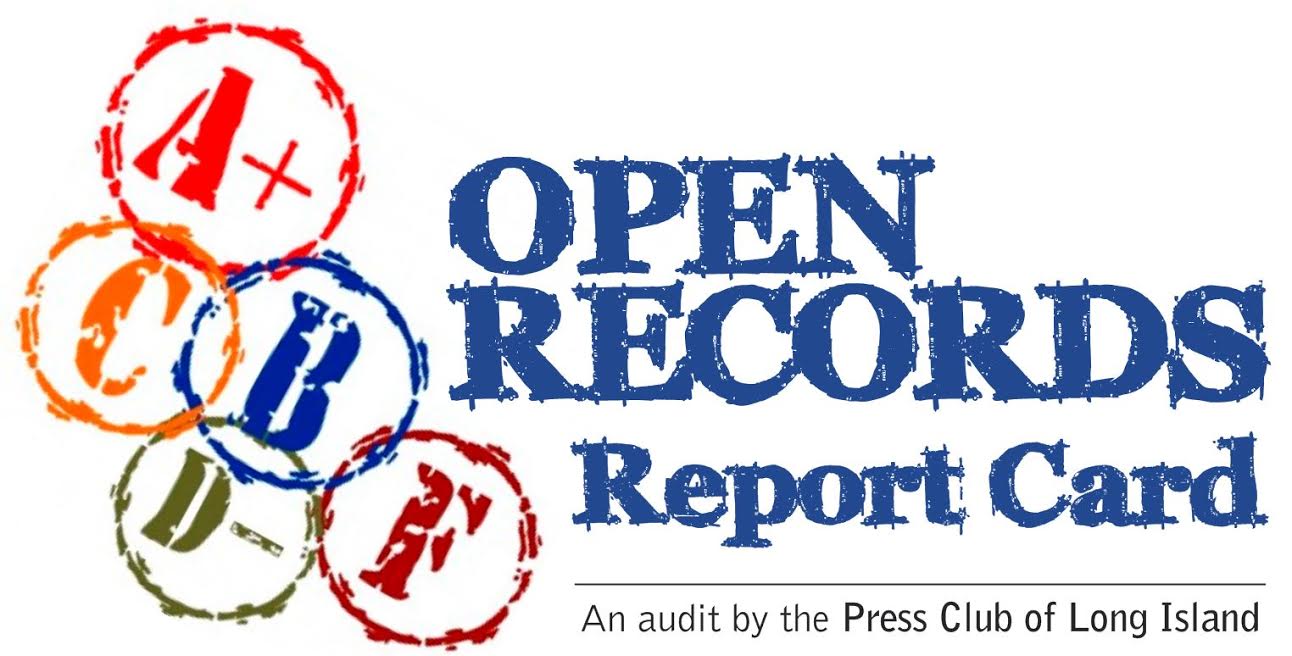 The audit, which was conducted over 16 months and graded the responsiveness of 195 municipalities on a 0 to 100 scale, found that villages on the North Shore averaged a 66.2 or D rating, lower than the C average for all governments and agencies.

Twenty-four percent of the governments and agencies “failed to maintain their own FOIL policies required by law,” the audit found, while 64 percent failed to respond to the Press Club’s request within the legal deadline.

The audit was conducted by Timothy Bolger, managing editor of the Long Island Press and  freedom of information chair for the Press Club, the Long Island chapter of the Society of Professional Journalists.

“If the Long Island governments and agencies we tested were high school students with a cumulative grade of a C, they would not be getting into the college of their choice,” Bolger said in the report.

The Press Club based its grading on several criteria, including meeting the five-day legal deadline to acknowledge the FOIL request; providing a list of employees, including names, titles, offices and salaries; providing a subject matter listing, which lists the types of records kept on file; providing a copy of the policy regarding protocol for responding to records requests; and providing minutes of the five most recent legislative meetings.

Governments and agencies gained points when the Press Club did not have to follow up on requests or appeal a denial of a FOIL request. If they required an appeal, governments got points for issuing a denial explaining why the request was rejected and stating to whom the Press Club could appeal.

Points were also given for turning over documents “well before” the legal deadline, sending documents municipalities are not required to maintain, emailing copies of documents listed on their websites website and not charging money for electronic copies, or charging the permitted 25 cents per page.

Points were subtracted if governments failed to respond to appeals within 10 days, charged excessive fees or made the Press Club follow up multiple times on a request.

The Press Club also recorded the number of days governments and agencies took to send all of the requested documents.

The Village of Sands Point was the only government to violate the law that prevents municipalities and agencies from charging excessive fees, charging the Press Club $150 for a copy of its payroll, according to the audit.

Sands Point received a 35, or an F, and took 112 days to send all of the requested documents.

“If you deem it in your view that the village was not responsive, that is your view; that’s not our view,” Sahn wrote in response to the Press Club.

Governments and agencies also lost a point for denying a request because the request was “burdensome or the agency lacks sufficient staffing,” for requiring the Press Club to provide identification or pick the documents up in person, and for asking why a document was requested.

The report said the Village of Roslyn Harbor, which received a 35 or F, was the “most hostile government encountered in the audit process.”

“We might not have time to entertain every whim that comes across our desk,” Valerie Onorato, the village clerk-treasurer, told Bolger after requiring him to go to village hall to fulfill the request for the village’s payroll.

The report said Onorato, who is no longer the village clerk-treasurer, repeatedly said, “Nothing good will come of this.”

“I’m not sure that, in some government agencies, officials are as receptive to the public and the news media as they should be,” Robert Freeman, executive director of the state Department of State’s Committee on Open Government, said in the report. “I think the public has the right to expect that government will do the right thing. Unfortunately, that does not happen as frequently or as routinely as it should.”

The Press Club gave Baxter Estates, which sent all of the information in 106 days, a 55, and Manorhaven,which sent it in 99 days, a 35.

The Village of Kings Point received a 5 or F, the lowest score on the North Shore. The village took 151 days to send all the information.

The Village of Flower Hill, which encompasses sections of Port Washington, Roslyn and Manhasset, received a 95 for an A grade, sending all requested documents within two days.

Roslyn Estates and Thomaston also received A grades of 95.

The Nassau County government received a 68, which is good for a D+ rating, and the average grade for county agencies was a D+.

The Press Club was told to contact the county attorney’s office once it followed up when Mangano’s media representatives did not confirm the request, the report says.

After receiving a portion of the documents, the Press Club followed up with the attorney’s office five more times but received no response.

Mangano’s office did not respond to the Press Club’s request for comment on the grade.

Nassau County Community College scored 100 — the highest grade for any agency or government in Nassau County.

The Town of North Hempstead received a C or 75 and took 153 days to provide all of the requested documents.

In response to the town’s grade, Carole Trottere, a town spokeswoman, told the Press Club “that the town turned over more than 10,000 pages of digitized documents in response to our request and has since modernized its website to make accessing government records easier for the public.”

Reclaim New York on Monday unveiled its own checklist of criteria for residents to evaluate transparency. It has also pushed municipalities to make more records available online, which can save time and money spent processing routine FOIL requests, Kellogg said.

“The government can’t be keeping those records behind closed doors and failing to respond to these requests,” Kellogg said. “Push needs to come to shove here.”

Barbara Donno, mayor of the Village of Plandome Manor and the former president of the Nassau County Village Officials Association, did not respond to a request for comment on the Press Club’s findings.